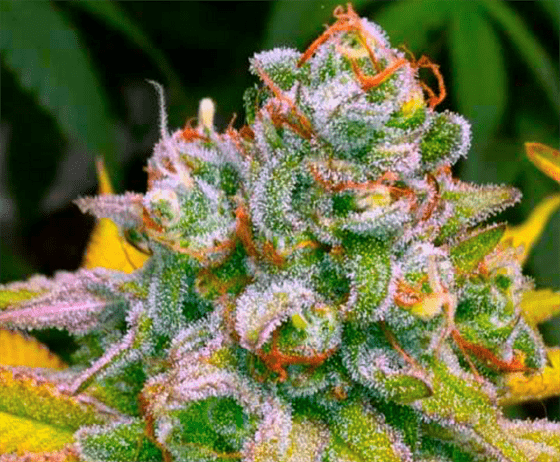 Breeder: BSB Genetics
The resulting 24K Tangie born from both of these exhillerating parents is a modern day legend carrying intoxicating strength and a sublime pungent citric / tang
$9.45

24k Tangie, my number 1 reccomended variety for all round flavour, potency and effects! Lee (BSB owner).

I still remember the day back in the summer of 2018 when I had the opportunity to introduce this legendary strain to my collection, it was an opportunity I would never turn down. The 12 months since have seen many people returning thanking me for reccomending this strain and saying they simply will not share or part with her.

24K Tangie is a crossing of 2 of the most elite varieties, both previous multiple cup winning strains in their own categories:
Kosher Kush, one of the world’s most potent OG Kush hybrids, won the High Times cup in 2010 and 2011 also including ‘best strain’, she simply swept the competition away. Her THC level can reach up to 29% making her amongst the very highest THC producers about. She is also known to be one of the tastiest OG Kush smokes there is.

Tangie, a Californian Orange x Skunk hybrid, is a legendary early 90’s strain which was much sought after and is also known as ‘Tangerine Dream’. She is a multiple cup winning hybrid once winning 10 cups in 10 months, a true favourite for her superior flavour and aroma of fresh tangerines.

The resulting 24K Tangie born from both of these exhillerating parents is a modern day legend carrying intoxicating strength and a sublime pungent citric / tangerine taste.

Her resin count is up amongst the best and she’s a fantastic strain for making hash and concentrates.

Take my word for it this is the girl to go for if an overall combination of strength and flavour with intoxicating effects is what your desire.

Klaui
fast delevery, seeds packed very secure. its a thump up from here. its not the last time i do my sho...

anonim2017
I must say the service is professional and fast, especially to a country with a very high risk !!...

Mr.Funk
Took awhile to get to Canada but once they did I was very happy. All seeds came in original packagin...
Please log in to write a review.
Last Updated Was Exactly: Sunday, 12 July 2020 18:05