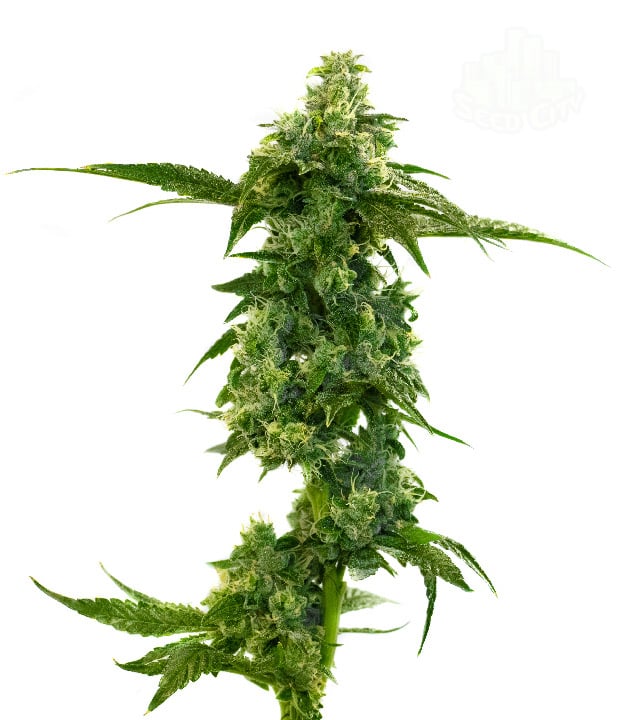 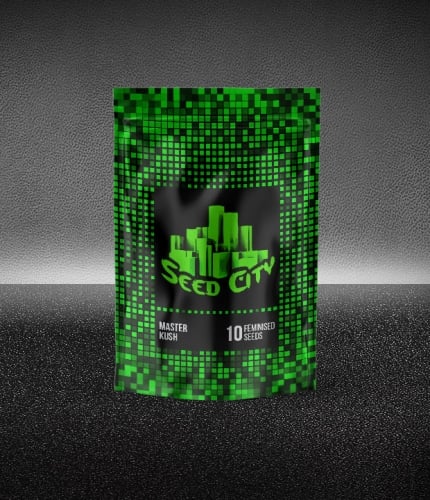 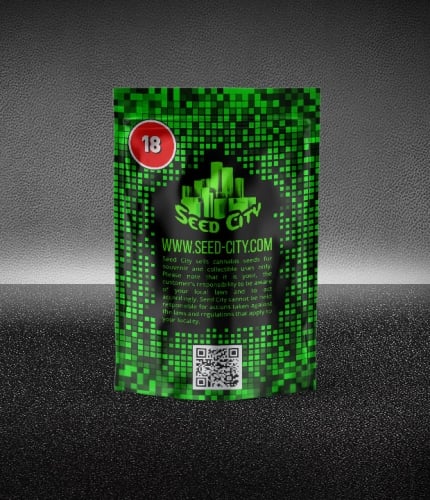 Breeder: Seed City Seeds
Master Kush is an infamous seed derived from two very well-known landrace strains. Although this popular seed's origin story remains to be a bit of a mystery, c
$6.65

Master Kush is an infamous seed derived from two very well-known landrace strains. Although this popular seed's origin story remains a bit of a mystery, cannabis connoisseurs believe Master Kush has ties to the Hindu Kush and Skunk # 1. Master Kush originates from the great planes of the Netherlands and has been around since the '90s. This, of course, comes as no surprise as she's gained quite a lot of popularity amongst coffee shops in Southern Amsterdam. It is in its way an OG amongst marijuana seeds today.

According to the online forums, this strain is well suited to indoor, outdoor, and greenhouse environments. Master Kush has an average flowering time of 8 to 10 weeks, and they're often ready for harvest around September through to October. These plants are incredibly resilient to mold, fungi, and insect attacks.

Master Kush produces distinctive pine green dense buds. The aroma and flavor profile is one not to be missed. As a whole, the buds will emit a musty, earthy oak aroma. Break them up, and the fragrance will transform into a sweet and tangy citrus flavor, more noticeably lemon and floral. She's not going to be harsh on the mouth, and the taste is subtle yet distinctive. The flavor can be described as pine with subtle notes of lemon and oak.

The strain reportedly produces all sorts of effects that can be both enlightening and relaxing. Master Kush initiates a body buzz that is often accompanied by deep muscle relaxation. If stress and anxiety are a concern, then the strain can reportedly relieve worries by increasing creativity and allowing the mind to immerse itself in deep thought and meditation. Another notable feature of Master Kush is her ability to act as an appetite stimulant.

OneBitcoin
From UK to Bulgaria in 6 days. I paid with BitCoin and grabbed the 10% addditional discount. I'...

Martin
Out of the five seeds I purchased, one didn't sprout at all. Three sprouted, of which one died ...

Pete O'Toole
The only complaint I could possibly have is that these guys have left me nothing to complain about! ...
Please log in to write a review.
Last Updated Was Exactly: Saturday, 04 December 2021 05:33