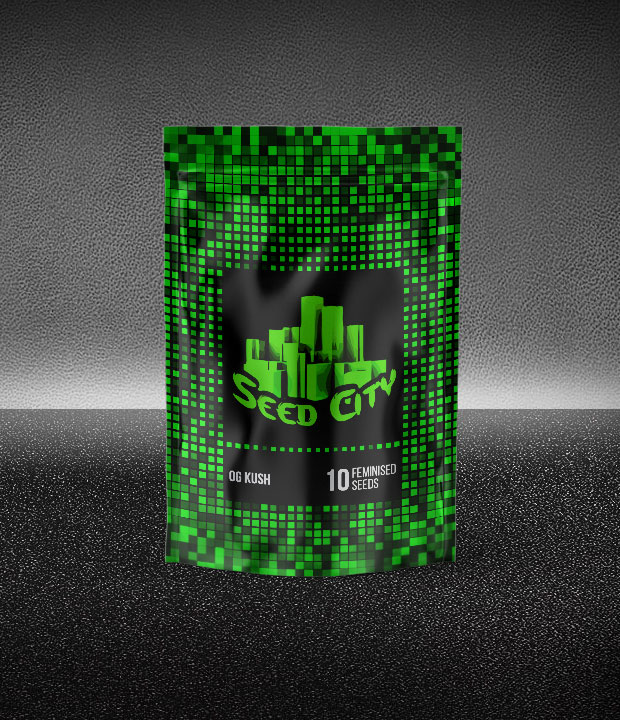 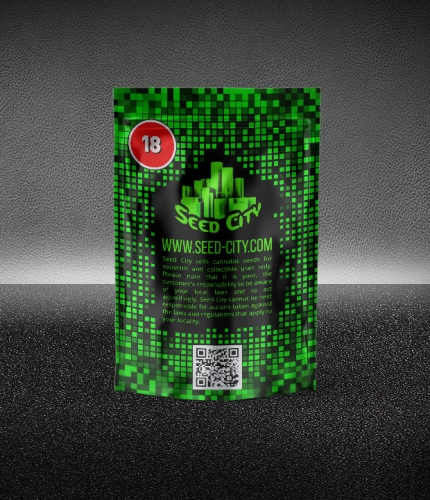 Breeder: Seed City Seeds
The infamous OG Kush, aka Original Gangster, is a classic marijuana strain that continues to win the hearts of cannabis connoisseurs worldwide without a doubt.
$6.66

The infamous OG Kush, aka Original Gangster, is a classic marijuana strain that continues to win the hearts of cannabis connoisseurs worldwide without a doubt. She is a must-have strain in any connoisseurs seed collection as she produces consistent and diverse flavors and effects.

OG Kush has somewhat of a mysterious origin story, but that adds to the excitement. One thing is sure; the OG Kush has laid the genetic foundation for marijuana strains derived from the West Coast. This strain produces sage green medium-sized buds and leaves covered in a generous layer of silver trichomes. She's not for the faint of heart as her THC concentration can vary from 22 to 27%. According to online forum users, the OG Kush marijuana strain is suited to both indoor and outdoor environments, and she is not regarded as an easy strain to manage; but when she begins to flower at the 8 to 9-week mark, a reasonably generous yield is likely.

A queen of aromas, the OG Kush will emit an intensely citrus and woody perfume. The flavor profile is simple yet diverse. She starts as an intense earthy smoke and may evolve to a more subtle cinnamon spice flavor. As she's an Indica dominant strain, expect a more cerebral (head-focused) high. Similar to the flavor profile, the high may reportedly come in waves, gradually evolving. It may start as a sudden sense of focus and concentration following increased sensitivity to one's surroundings. Slowly the high may develop to episodes of euphoria, giggles, and eventually a deep couch-lock.

KARL
Thanks again Popular Seeds i got my order Very Fast With a few goodies regards ...

James
I have ordered from SC over a dozen times at this stage and not once did I have a problem. They alwa...