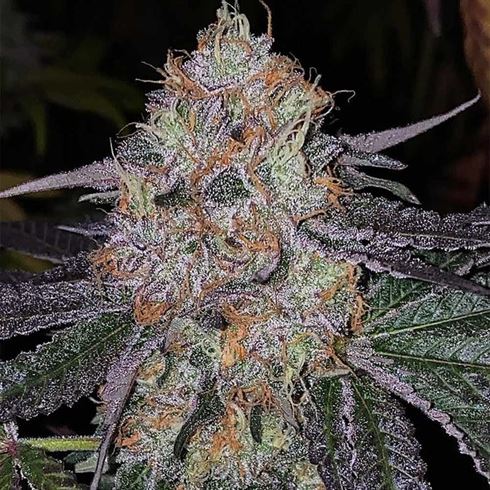 Breeder: The Plug Seedbank
Fruit Drops weed seeds from The Plug Seedbank – this is the latest impressive new strain from this exciting new Spanish weed seedbank that signals their intenti
$12.24
$13.60
You Save:  10.00%

Fruit Drops weed seeds from The Plug Seedbank – this is the latest impressive new strain from this exciting new Spanish weed seedbank that signals their intentions to keep producing fire exotic strains for the future. The Plug Seedbank is the brainchild from The Plug BCN, one of the most notorious cannabis social clubs in Barcelona that has made waves across the country. After years of bringing fireweed strains to the cannabis market in Spain, it was the natural next step to offer some elite genetics in seed form.

Fruit Dropss is a Runtz S1 where Runtz has been selfed and crossed back with itself. The Runtz is one of the most desired strains there is and this has only increased thanks to its near-universal adoption amongst 420 celebrities & clone only history. The story behind the Runtz strain is uncertain, it is the topic of many rumours and cannabis folklore,but one thing is for sure and that's the Runtz strain is one of the best strains in the modern genepool.

Runtz is one of the most, well known and most faked genetics in the biz today, but thanks to the Plug Seed Banks you can find some gems that are close to the original mother cut. Fruit Dropss bred by crossing the notorious Gelato 33 breeders cut to the Zkittlez and has a lovely unique candy, sherbert and gassy terp profile that reeks of a delicious fruity funk, rich with notes of sugar and syrup. Runtz has become the de facto cannabis strain in hip-hop and rap music today, so it only makes sense that the team consists of Rappers such as Yung LB and Dollars Up Nero as well as partnering with Cannabis and Hip-Hop Mogul Berner.

The Runtz strain tends to have a smaller, wispy and light structure than typical strains with Cookie influenced genetics; they grow with long stringy calyxes that stick out and will likely make for a good extract producer to the heavy resin production. Runtz is an easy to grow strain suitable for all growing abilities, and it has a growing time of 8-9  weeks and provides an average yield, The resin production alongside its deliciously fruity and mild terpene profile and candied gas, means this is one strain that truly stands out.

kinfa
First time buying here and must admit they got me! Excellent communication, great selection and grea...

Dinko
First time buyer. Didn't know what to expect. What i got was very fast email response and amaz...
Please log in to write a review.
Last Updated Was Exactly: Tuesday, 31 January 2023 02:49