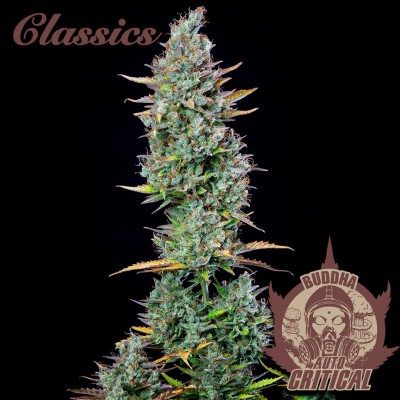 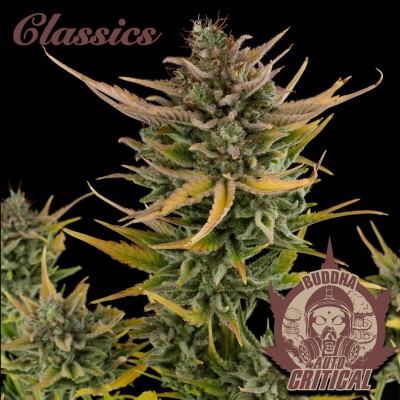 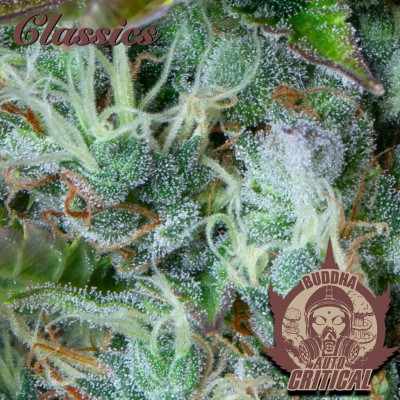 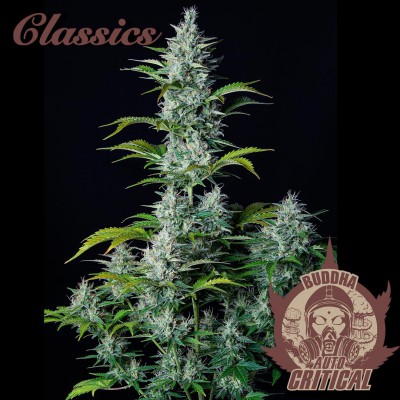 Breeder: Buddha Seeds
Critical's story is reminiscent to a historical tale of great kings. And it's no wonder! Its genetics has ascendants of great value who have influenced later co
$7.77

Critical's story is reminiscent to a historical tale of great kings. And it's no wonder! Its genetics has ascendants of great value who have influenced later commercial varieties.

Critical has gained the trust of all growers since it was launched on the market in the 90's. It was crowned, in a short period of time, for being one of the most frequent ordered, in the coffeshops of Holland. Among the growers, for its high performance in cultivation. Daughter of a Skunk and an Afghana, she took her parents´ throne as one of the most cultivated varieties today.

Buddha Autoflowering Critical is a tribute to this cannabis classic, but with our particular touch. Buddha Seeds has respected the originality of this variety, maintaining the outstanding characteristics for the recent grower.

The main attraction of Buddha Autoflowering Critical is its short flowering period: in less than 60 days of cultivation you can get your harvest. The autoflowering version of Buddha Critical comes from a selection that stood out from the beginning for the: flavor, incredible speed and production.

Buddha Autoflowering Critical maintains the characteristics of Skunk flavor, with more floral and sweet nuances, but not as sour as its parents. The phenotypes stand out with fruity touches, notes of honeydew. For all of this attributes it has become a strain that is liked by 100% of the smokers.

The care that Buddha Autoflowering Critical by Buddha Seeds needs are scarce, since it responds effectively to different treatments, resulting a high-yield harvest with captivating aromas.

karen
the best company for providing great variance of quality of seeds and would recommend to everyone wh...
Please log in to write a review.
Last Updated Was Exactly: Thursday, 21 October 2021 09:27