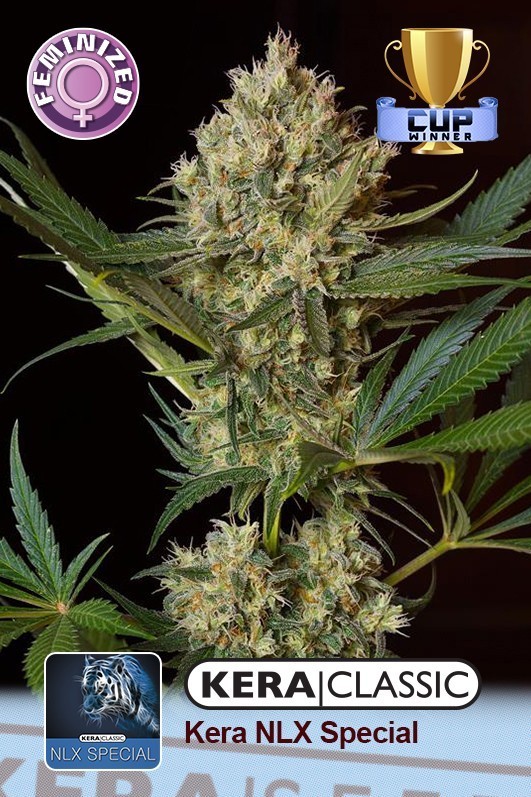 Breeder: Kera Seeds
All set in the eighties Northern Lights the standard by which other Indicas are still judged and she remains one of the most trusted names and sought-after vari
$6.10
$8.14
You Save:  25.00%

All set in the eighties Northern Lights the standard by which other Indicas are still judged and she remains one of the most trusted names and sought-after varieties in modern cannabis culture. Northern Lights dominated for years the various harvest festivals and won award after award, and this led to several requests to withdraw her from competitions so that competition would get a chance to win a title.
NLX Special is a California-developed variety of Cannabis which was introduced in the 60s of the 20th century in the Netherlands and formed the basis for the current Dutch weed. The plant is mostly Cannabis Indica strain, but there are many hybrids with other varieties made features that add species to that of Northern Light as the long growth of the Cannabis sativa plant. Northern Lights is one of the strongest types of weed.
Northern Light of crossed varieties include:
Northern Lights Special (EN special)
NLX which stands for Northern Lights x White Widow.
NLX Special is compact, fast and very dense, and able to produce more trouble-free crops per year from seed or cuttings. Her frosted buds possess a honey-musk aroma blended with an earthy Afghani undertone and a hint of juniper - highly enticing when dried and smoked, yet remarkably understated when growing and flowering.
The combination of almost no odor, are easy to grow, high yields and exceptional resin production that NLX Special first choice in Indica - both because of its quality and because of the yield.
The taste and effect of the NLX Special is also very near the klasieke skunk cannabis strains. A clear onspannen high that is quickly noticeable in the head after he slowly sinks throughout your body. By its suitability for Sea / Screen of Green proccessen, short bloeperiode high yield the NLX Special is a very good choice for the commercial and the novice grower.

Jeremy
Everything worked out great. Fast shipping and lightning emails. Be seeing you again!...